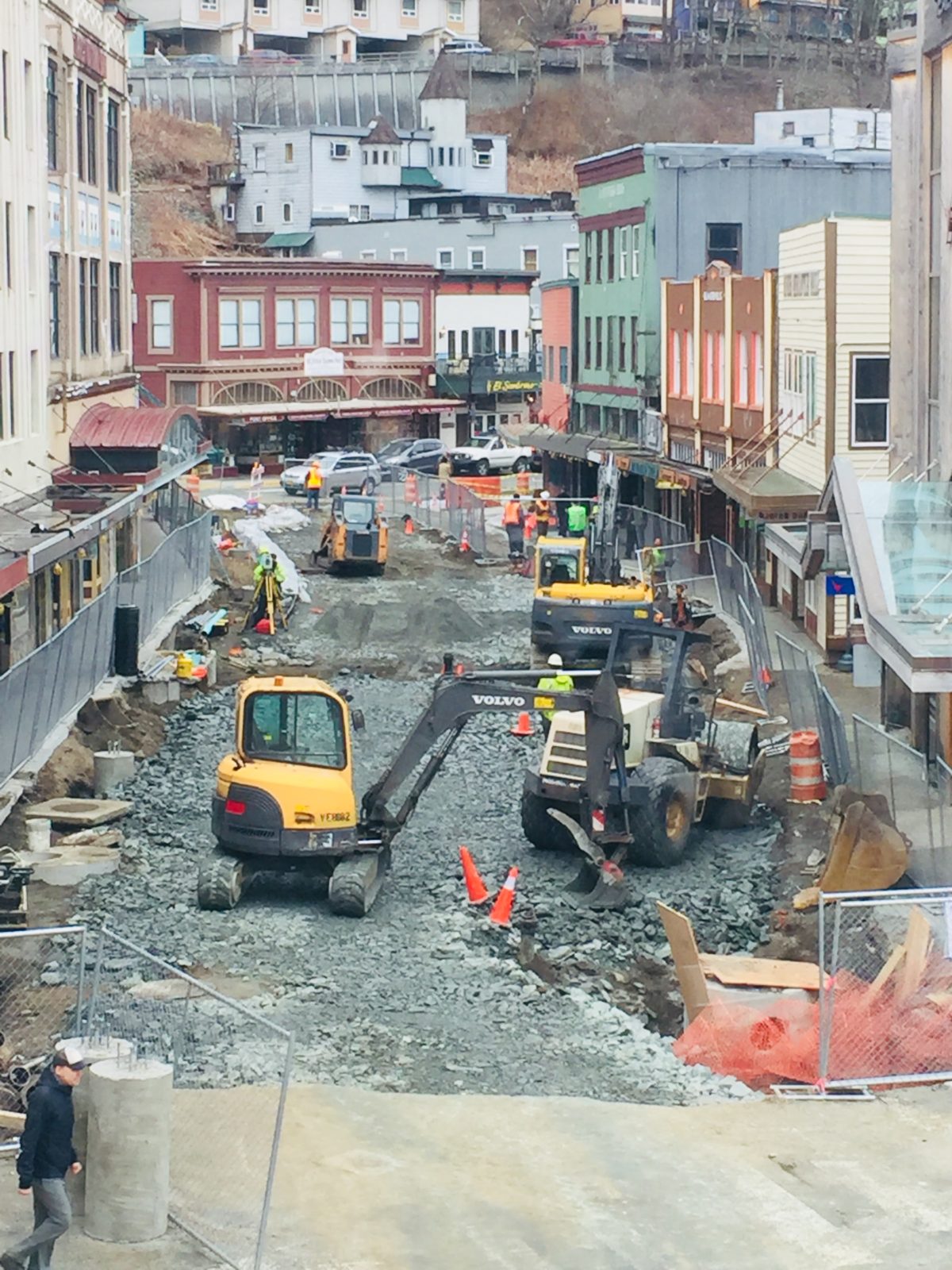 Planned in two phases, the Front Street reconstruction project is in full swing with the spring phase in its second month. This phase will end on June 1. This has involved realigning all utilities in the street, and ultimately resurfacing Front Street and pouring new concrete sidewalks from its north end at Franklin Street to the south end where it meets Seward Street. CBC Construction was awarded the project. The Fall phase, which begins August 15 is scheduled to end on October 31. This has required rerouting traffic merging onto Front Street, by taking it west (uphill) on Franklin Street past the Baranof Hotel. In addition to the traffic diversion, merchants with storefronts on Front Street have had to deal with major changes that have diverted foot traffic to their storefronts. Once the first phase ends on June 1, there will be no further construction until the second phase begins August 15.

The office market is described by one commercial appraiser as “lackluster,” while vacancy rates remain low. The “B” market continues to be the predominant class of space available, where $2 per square foot remains the baseline below which few spaces can be rented. Landlords that offer good visibility, the potential for onsite or adjacent parking spaces, serviceable space in good condition, and onsite management are in the best position to lease space. Lease rates for spaces providing these benefits remains at around $2 psf serviced except janitorial. Spaces that lack elevators, parking amenities, onsite management and less desirable locations will need to reduce their asking rates to attract tenants. In our opinion, compared to other markets in larger cities in the state, Juneau’s lease market remains healthy.

Currently the availability of medical office remains very low, with existing buildings experiencing strong occupancy with long term tenants. Physicians looking to relocate their offices, or to start new practices here have few choices in medical office, including chiropractors, pain clinics, specialty clinics and dentists. While the local area for practitioners to locate has traditionally been in close proximity to the hospital, few site locations are available there, requiring service providers to locate in office parks and non-medical buildings.

A transfer in land ownership from an estate to local developers has a new Commercial Condo project slated for Vintage Park. The development will feature up to 24 units in its first phase consisting of commercial spaces on the lower levels and residences on the upper levels. The key difference in this development will be its walkability to local schools and shopping, and the proximity to buslines which has been absent in many older industrial projects on Industrial boulevard, at the Rock Dump, and in Lemon Creek. It is expected that the first units will be built beginning in May, 2018